A seven days birdwatching trip in Colombia? Yes, you can! You are going to explore the El Dorado reserve where you will find 360 species of birds! Unique experience! 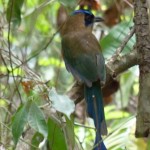 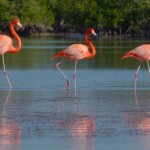 The Caribbean region of Colombia has the tallest coastal mountain range in the world.  Yes, the Sierra Nevada of Santa Marta reaches an altitude of 5775 meters (almost 19,000 feet) at Pico Cristobal Colon, Colombia’s highest point.  And, it’s only 26 miles from the ocean.

Explore the El Dorado reserve with a 1600-acre nature reserve of subtropical and montane forest bordering the Sierra Nevada. It contains over 360 species of birds, including numerous endemics, and high concentrations of endemic and threatened amphibians. 35% of Colombia’s bird species are found here – in an area that’s less than 2% of the size of the country’s area.

At the reserves there will be trained local guides who will show you the birds and best bird areas, but they are not top level bird guides and speak little English. An experienced professional driver who speaks some English will meet you at the start of the tour and accompany you (except at Minca and El Dorado there are English speaking staff).